Teaching Material Classical Music: The Entertainment “Funny+++ Facts”* ... For You as a Reading, Or – Depending on the Age of Your Kids – As Your “Moderation” as Well

Yes, I would also like to entertain you! Because if I don't succeed to entertain you ... how do we know if we will be successful together with your kids later on? To the point – and now really seriously – to my really unconventional "Teaching Material Classical Music". To my offer for teachers, that is my marketplace in the subject of classical music, you can also get in one of my XXL package PDFs. Or you simply read on here, as a whole portion of exciting, worth knowing, funny, unimportant and also absolutely unknown things regarding the subject classical music is waiting for you from the next section on. Because "classical music" in the classroom can also be "packaged" in a really exciting way: interesting, unusual, entertaining … and in today's language usage ... "cool": Just offer entertainment ... for the older kids. How? Well, sort of like this:

Did you know that Bach said that all music not composed for God is only "devilish noise"? Plus, that he had 20 children, four of whom were famous sons and one more son was musical, too? Two of the famous sons were even more famous than their father in their time. Did you know that the Bachs were not only by far the most famous and at the same time the greatest musical family – and that is still true for today – but by far the most famous? That Bach is said to have composed over 11,000 pieces of music, according to the most respected Bach expert? And that 1,128 of his works were never lost, but only unknown to the general public? For long 80 years. Surely you didn't know that 66 well-known personalities, from a pope via other famous composers to Albert Einstein, overwhelmingly liked Bach's music. Plus, that some 35 monuments are dedicated to him, one even in Shanghai, China, Prague, Czech Republic, Pittsburgh, USA, Barcelona, Spain, and in Paris, France. Did you know that Johann Sebastian Bach was the most gifted organ player of all time? Recognized by many experts. He reached a key – when both hands and also his feet were "busy" – with a little stick in his mouth.

* When I was mentally researching for a cool title for this entertainment collection, I fell in love with the headline “Funny Facts”. However, later I realized that some facts, like Mozart’s early death or Beethoven’s deafness, are not funny at all. To be able to stay with this title, I added the "three +" (+++). Now they stand for "interesting, exciting, and sad”.

More of my entertainment for cool teachers: Did you know that Wolferl, as Johannes Chrysostomus Wolfgangus Theophilus Mozart was nicknamed, had composed a six-voiced canon "Kiss my ass" (... don't worry, I "refrained" from asking that as a question for your kids)? That he reluctantly composed his famous "Magic Flute" as a contract work because he hated the sound of flutes? Did you know that he made his first marriage proposal at the age of six and that he had an absolute ear?

Back to classical music in general: Did you know that the shortest classical works are no longer than today's usual hits, that is between two and five minutes long? And that the longest insignificant classical work was composed by the French composer Erik Satie: 18 hours, 40 minutes long? 180 notes, repeated 840 times. The first performance was in New York, 10 pianists were involved! The second-longest, now by a famous composer: Wagner's opera "The Ring of the Nibelung". It is 16 hours long! And did you know that Telemann was the busiest classical composer, maybe even the busiest composer ever? He wrote 3,600 works. Did you know that Handel and Bach were born in the same year and were both operated on unsuccessfully by the same London eye surgeon for the same disease: cataracts? You certainly knew that there are two "Ave Maria(s)" and that the one by Schubert is actually called "Ellen's Third Song". The other "Ave Maria" is a work by "Bach feat. Gounod", the first masterpiece by two prominent artists. Of course, you knew that both Mozart and Beethoven were musical prodigies, Bach was only recognized as such in recent decades.

Teaching Material „Outside the Box“

Continuing with the theme of "classical music" as entertainment for you: Bach became 65 years old, but Mozart was only 35. And Beethoven composed a work "Elegy on the Death of a Poodle". Wagner named his dwarf rabbit "Little Son Fips" and his parrot "Litte Daughter Papo" and that he often composed in historic costume … is that new for you? Did you know that Beethoven's deafness developed over 21 years and that he was finally completely deaf at 48 for 8 following years? During this deafness, he composed his Symphony No. 9. Did you know Mozart's complete name? Sure, from above. But, that he was honored with the "Order of the Golden Spur" by Pope Clement XIV at the age of 14? You pretty much knew that Mozart was not the inventor of the Mozartkugel, and quite possibly that it was first offered 99 years after Mozart's death and was initially called "Mozart candy." Surely you also knew that the Wagner and Liszt families are related, making them together the second-largest famous musical family on earth. Did you know that Hildegard von Bingen and Clara Schumann are the only two famous female classical composers? You probably knew that Bach died relatively poor, while Handel died wealthy, and that Bach almost never left Germany, but Handel traveled extensively in Europe. Did you know that Bach's son Carl Philipp Emanuel Bach was the Berlin Bach and at the same time the Hamburg Bach and that his second famous son, Johann Christian Bach, was the Milan Bach and at the same time the London Bach?

Even More Exciting Things With the Subject "Classical Music"

My "Teaching Material Classical Music" remains exciting: Did you know that the opera "Nabucco" by the Italian Giuseppe Verdi was written in Egypt? Plus, that Verdi founded a retirement home for musicians, which still exists today under the name of "Casa Verdi"? You knew that Johann Strauss, and that is the son (... or II ), is the king of waltzes. However, that he composed 160 waltzes? His favorite color, by the way, was "ash gray" And ... that the Russian composer Tchaikovsky is the only celebrity who "could not recognize anything special" in Bach's music? Did you know that the first popular classical hit is the "Canon in D major" by Pachelbel? And I am sure that you definitely know the only famous popular classical work by Charpentier: It is the entrance fanfare to the European Song Contest. Did you know that Max Reger said that Bach's works "… is the beginning and end of all music" and that you can sing the name Bach and play it with a musical instrument ... but only in Germany, Austria, and Switzerland? In Ansbach, the artist forgot the "b" on the definitely most modern B-A-C-H monument and so Bach became "H-A-C-H". Did you know that Edward Grieg was Norwegian and Sousa was a composer from the United States? For sure you also knew that Haydn composed the German National Anthem and Liszt created 1,300 works. Did you know the complete name of Puccini: Giacomo Antonio Domenico Michele Secondo Maria Puccini? Surely you also knew that two asteroids are named after Bach, but that one is also named after Max Reger? Did you know that Telemann composed 3,600 works? And did you know which work by Carl Maria von Weber remained unfinished? It is the opera "Rübezahl"! Rübezahl is a ghost protecting a treasure in the Giant Mountains in the Czech Republic. Finally, a concluding curious fact in this section of my entertainment on the subject of classical music for you: Vivaldi was also a Roman Catholic priest on the side.

About the Music in the Starships Voyager 1 + 2, Classical Composers in Prison and the Right Key at the Right Moment

If you have read this far with fun and enthusiasm, then it now goes on a little further: The great Johann Sebastian Bach served a whole four weeks in prison for "stubbornness", you certainly know that. Franz Liszt, on the other hand, "served" much shorter, but Wagner fled abroad to avoid a prison sentence. And Schubert is even said to have spent some time "behind bars" because of a composition, together with his friends. Beethoven counted out exactly 60 coffee beans for his coffee every morning. He then probably did the same for the coffees that followed during the day, and he called wind his "enemy". That he moved no less than 68 times: Did you know?

That the four composers Bach, Mozart, Beethoven, and Stravinsky with their music are the only classical composers on the way to extraterrestrials is already almost general knowledge, but that Bach "wins" in my "fun ranking" and with the number of his pieces on the Golden Records in "Voyager 1 + 2"? 500 million years are these LPs supposed to exist, by the way. At least. The American composer John Cage composed the title "4'33" in 1952. This title consists of four and a half minutes of silence, which can last longer and shorter!? Can this title be classified as classical music at all? On the subject of national anthems: Did you know that the shortest is the Japanese one with four lines, the longest is the Greek one with 158 verses? Also, the Lebanese Anthem is as short as the Japanese one. Actually, all known national anthems, for you – of course – the anthem of your country, plus the German one, the US anthem, the British one, the French one, maybe also the Italian one, the Israeli one and the Russian one, are classical works? The German National Anthem, by the way, was composed by the Austrian Joseph Haydn. Whether termites actually consume wood twice as fast when they hear heavy metal, I can't tell, and ... it has nothing to do with classical music.

Again rudimentarily serious: His friends called Franz Schubert "Schwammerl", because of his height and his brown curls ... he was "the little mushroom". And speaking of curls: So many admirers wanted a curl from Beethoven that he got himself a dog ("Pumperl"), with whose curls he supplied his fans ... at least better than giving the wife of a friend a tuft of hair from a goat, which he had actually done. A real curl of Beethoven's hair can be bought today for € 39,000. More curiosities? Gladly: The complete "London Symphony Orchestra" almost went down with the Titanic, but they changed ships shortly before departure. Rachmaninoff, of all people, was one of the best-paid classical composers of his era. He earned the equivalent of € 6 million even in 1930, the year of the Great Depression. And ... not Mozart, as the Austrian Falco sang in his song "Amadeus", was the superstar and rock idol of his time, but ... Beethoven was! He was the pop star of his era. When Beethoven was buried, half of Vienna's inner city population attended, which was 20,000 people. The children were off school and the military organized the smooth running of the event. Finally, encouragement for your kids who want to learn a musical instrument one day or are already doing so: Johann Sebastian Bach from Thuringia said that playing the piano is not that difficult. You just have to press the right key at the right moment. 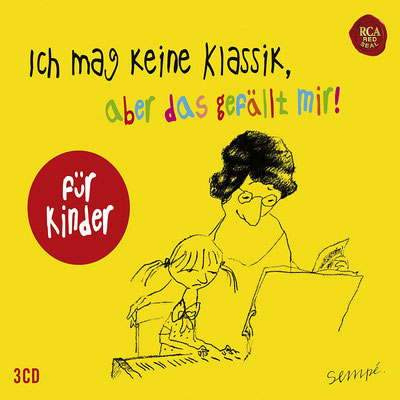 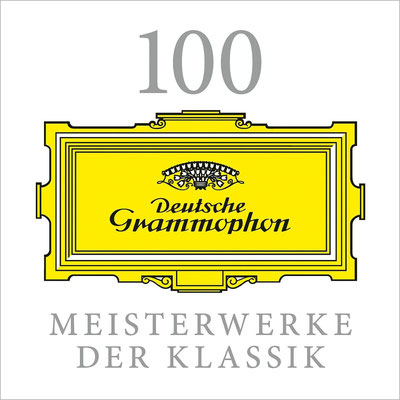 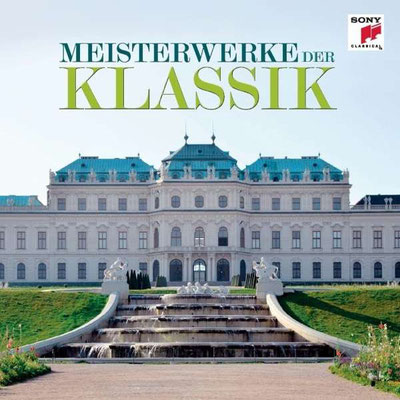 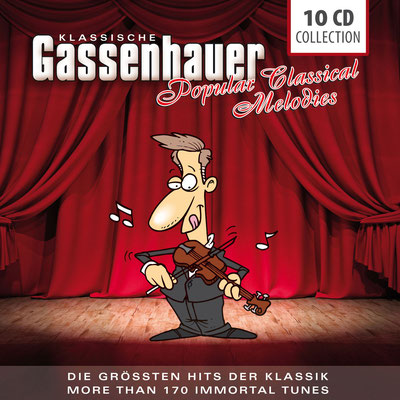 If you're more comfortable with CDs than with a playlist ... we have found the "most, best popular classical music on CD for the money" for you. Here you get to the store.